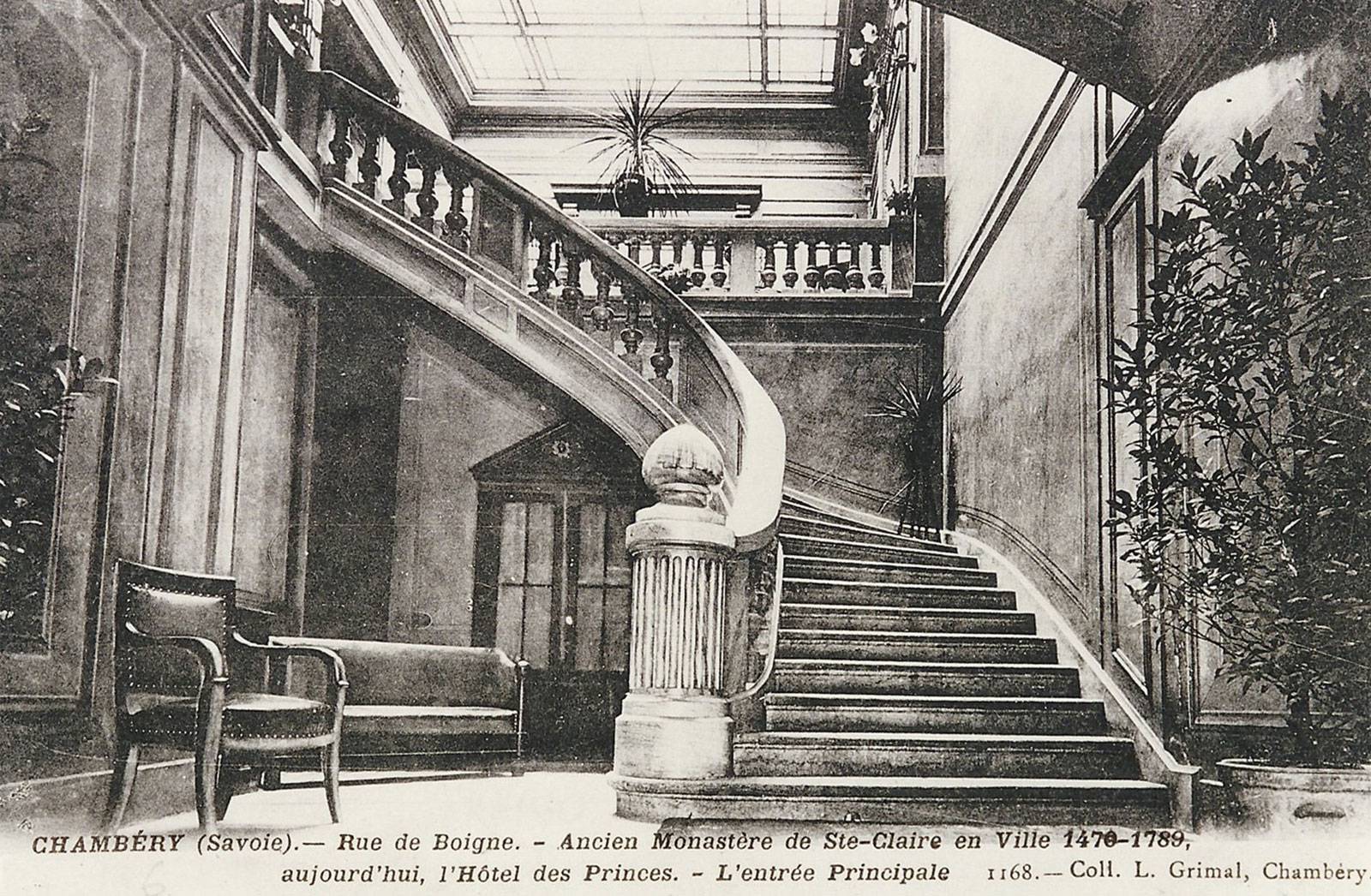 The Hotel des Princes is undoubtedly one of the oldest hotel in Chambery. As far back as we can remember around 1471, this ancient monument was a convent for the "Clarisse Colettine" Nuns. Even to this day there are still the vaulted arches of the Chapel of those bygone days which can be seen in what is now our lecture & conference room. Originally called "Le Grand Hotel des Princes" up until 1930 . After which the name was changed to "L’Hotel Modern", which was retained up until the bombardment on 26th of May 1944.

It took 10 long years of reconstruction of the town along with the Hotel. Finally the establishment was once again baptised "L’Hotel des Princes". In 1972 Mr Lane was the director of the Hotel, then in 1976 the Hotel was taken over by Mr Zorrelle, and then in 1997 the Hotel changed hands again and is now under the control of Mme Perrenes. The owners over the last century have all made huge contributions to keep the Hotels endless good reputation and prestige.

In 1909 Joseph Carron from Saint Jean d’Arvey became the owner of "L’Hotel des Princes". One of his daughters named Andrée was said to have married The Aga Khan. A fairy tale come true or the young girl. The legend has it that the name of the Hotel came about from this princely union. An enchanting story for one to believe or not. In reality the historical truth discovered by Jacques Chevallier reveals that in 1866 "L’Hotel des Prince" was already in existence. Other Princes probably from the Piémont region were therefore the genuine origin of the name. As is well known in history, legends often mingle with the real facts, but at last the truth has now been re-established.

Book by phone or e-mail